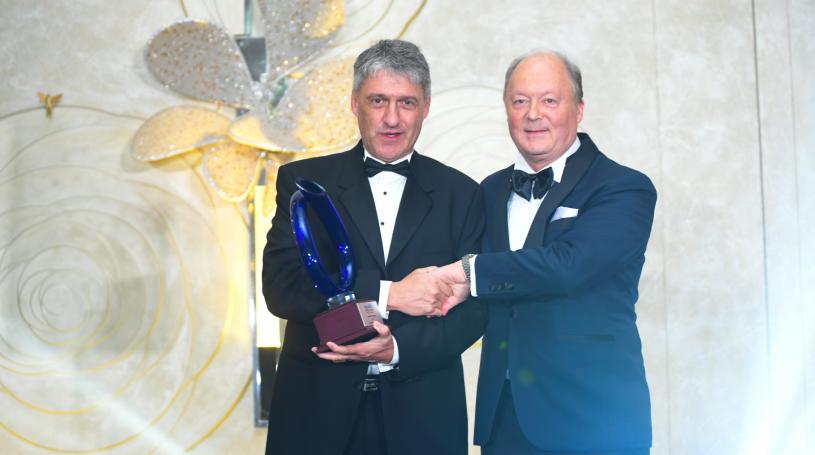 The awards Swede of the Year and Swedish Company of the Year, aim to recognize initiatives from people and organisations that have made a remarkable footprint in Singapore.

The Nomination Criteria for the Swede of the Year Award:

This is an important acknowledgement of an outstanding person from the Swedish community who through her or his work and dedication has created a positive impact either in Singapore or in the region.

The Nomination Criteria for the Swedish Company of the Year Award:

This award has a broad scope, it brings forward extraordinary accomplishments that can come in many forms.

The winner can be a company with a great impact, social or financial, in the region, it can also be an innovative fast mover with huge growth potential, a great advocate for the Swedish brand or a fantastic mix of many factors.

“Swede of the Year”

For her long-time commitment and achievements, contributing in a broad spectrum of forums, big and small, for the Swedish community in Singapore.

For five years, she has been the backbone of the Swedish Supplementary Education School, supporting it becoming the success story it is today. She organises the vastly appreciated yearly St Lucia celebrations and she has been a supportive and driving force within SWEA for years.

Her compassion and dedication went far beyond the expected earlier this year when she organised the emergency support for an old Swedish couple who were hospitalized in Singapore.

“Swedish Company of the Year”

Since refocusing it’s Southeast Asia strategy three years ago, this company has emerged as one of the fastest growing Swedish corporations in the region with an average growth pace of 20 per cent per year.

And amidst rapid expansion, this company leads by example, for example engaging in its Water4all project, making sure one Indonesian village per year is equipped to produce clean water for its people.